The California death metal band The Faceless were having their first-ever gig in Hong Kong at Hidden Agenda on 21 November. For those non-headbangers, you probably do not know how these metalheads differentiate from other demons in other bands. Well if you listen close enough to their music, you’d find out the highly-crafted musical arrangement. When I spotted Michael Keene‘s clean voclas in some live videos, I thought about Opeth’s Mikael Åkerfeldt. When I saw him on stage, he clearly reminds me of seeing Åkerfeldt‘s epic performance at Rock Am Ring 2006. 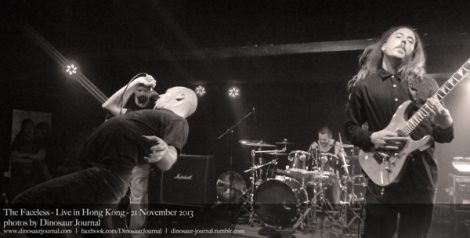 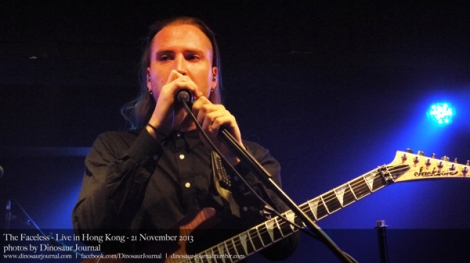 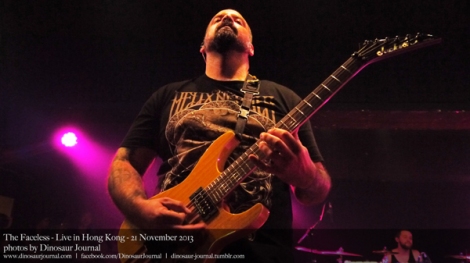 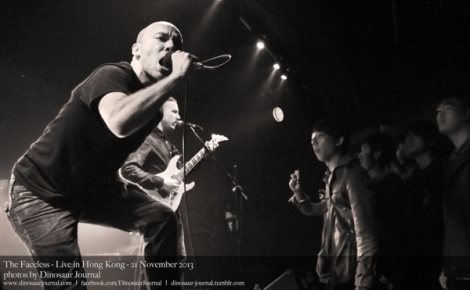 And so, I was quite anticipating to see The Faceless. The gig kicked off kind of late, with doors opened at 8pm and they came out 10 something. The wait was way too long while the 60-minutes set was extremely short, the crowd was standing still besides the ten people at the front row, but the performance was AWESOME! I appreciated so much how Geoffrey Ficco‘s harsh screaming transited to Keene‘s mellow vocals. There was a chemical reaction when the two collided and transformed. Ficco was really devoted to the performance as you could tell he was trying to interact with the crowd as much as he could though they remained  merely quiet. Not the problems of any bands but that’s the general reaction of shows in Hong Kong. I’d blame cultural difference and that’s all I could say. Since The Faceless was crowned as a “technical” band, I simply enjoyed looking at the movement on the fingerboard. It may sound nerdy but there was nothing better than deconstructing a great piece of work into layers of art-like components. One thing worth to mention is I believed many people came to worship their drummer Alex Rüdinger who was known for his precision beats. And from what I heard he was not overrated. 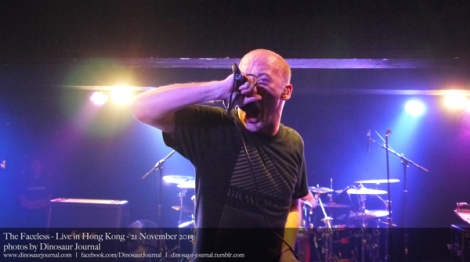 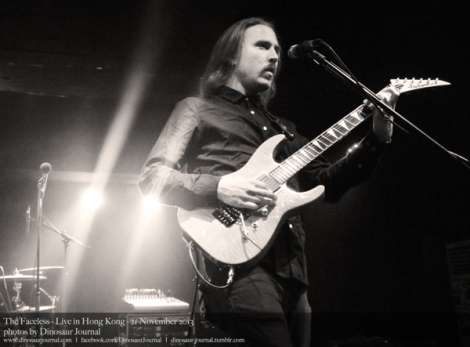 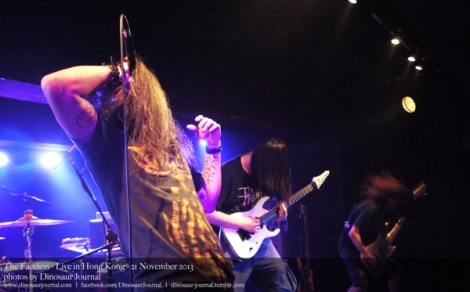 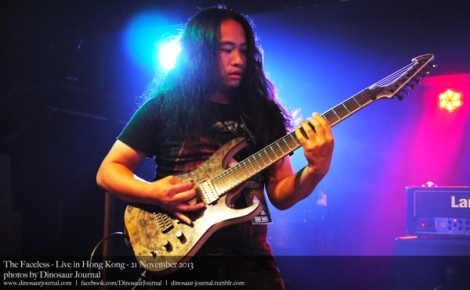 To those who headband hard, cheers to you! 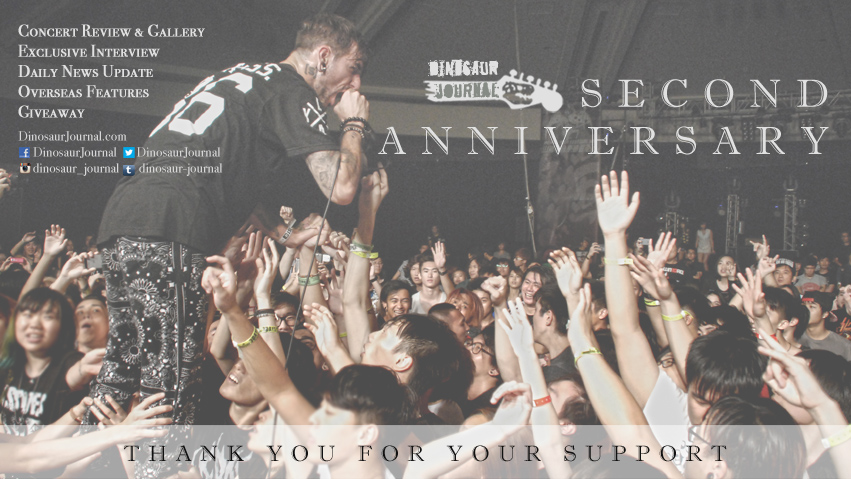 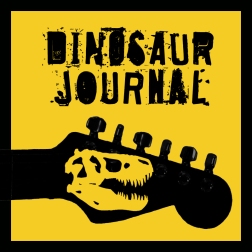 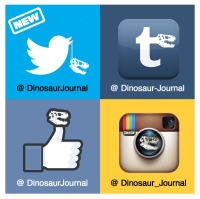